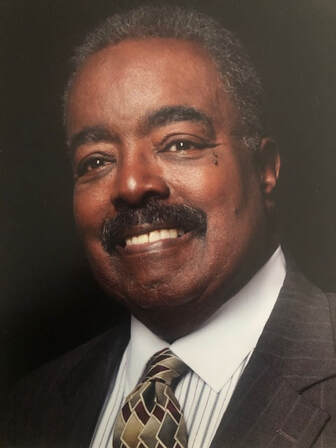 Don started his first company called Don Black Associates Photography, Inc. in the early 1970's. After several years as a commercial photographer, where he became well known and respected in the craft, in 1979 he decided to expand his expertise and understanding of the field of communications, and changed the company name to Multi-Western Public Relations/Marketing, Inc.  At that period, multicultural marketing was on the rise, and Don Black wanted to take advantage of the rising opportunity of expanding the base of African American communications.
During this period, Multi-Western Company was able to work with several major clients throughout the Midwest and beyond. The company provided services to clients in Dayton, Columbus, Cincinnati, Atlanta, Washington, D.C, Chicago as well as other markets across the nation.
As a result of the lack of print a media representing Dayton’s American community, Black and his son, Donerik founded MWC Publishing, Inc.  Soon after the first issue of the Dayton Weekly News hit the streets in November of 1993. Each and every Thursday for the past 23 years the staff of the Dayton Weekly has worked tirelessly to print positive news and information pertaining to African Americans in the Miami Valley region.  Early in his career Black spent several years working with several Black newspapers in the area and decided after years of absence the need for a positive voice representing the African American community was a necessity. The Dayton Weekly News is the longest published Black newspaper in Dayton, Ohio history.
Over the past four decades Don has gained a solid reputation of community service and involvement. He has headed and served on several boards of organizations such as The Ohio Governors Conference of Minority Business, President of the Ohio Black Public Relations and Marketing organization, President of the Dayton National Business League Chapter, Charter board member of the Dayton Enterprise Small Business Investment Corporation (MESBIC), Kettering Medical Center Board of Trustees Member, Bank One Board of Advisors, Vice President of the Dayton NAACP, Board of Directors Dayton SCLC Chapter, and for 10 years he served as General Chairman for the Dayton Martin Luther King Holiday Celebration. Don Black has also service on many other committees and boards throughout the region and beyond.
Black continues to serve as publisher of the Dayton Weekly News, and also hosts "News From a Different View” which airs on DATV.
Don has been married to his high school sweetheart, Glenda Camp for 49 years. They have two adult children, Donerik (Angie) Black and Sharonda (Carlos) Smith. They have two grandchildren, Taylor Renee Black and Carlos Karrington Smith. Don is an active member of the Dayton Ethan Temple SDA Church where he has worshiped all his adult and most childhood life. He has served in several offices including, A.Y. Leader, Deacon, Usher Leader, Communications head, and others.